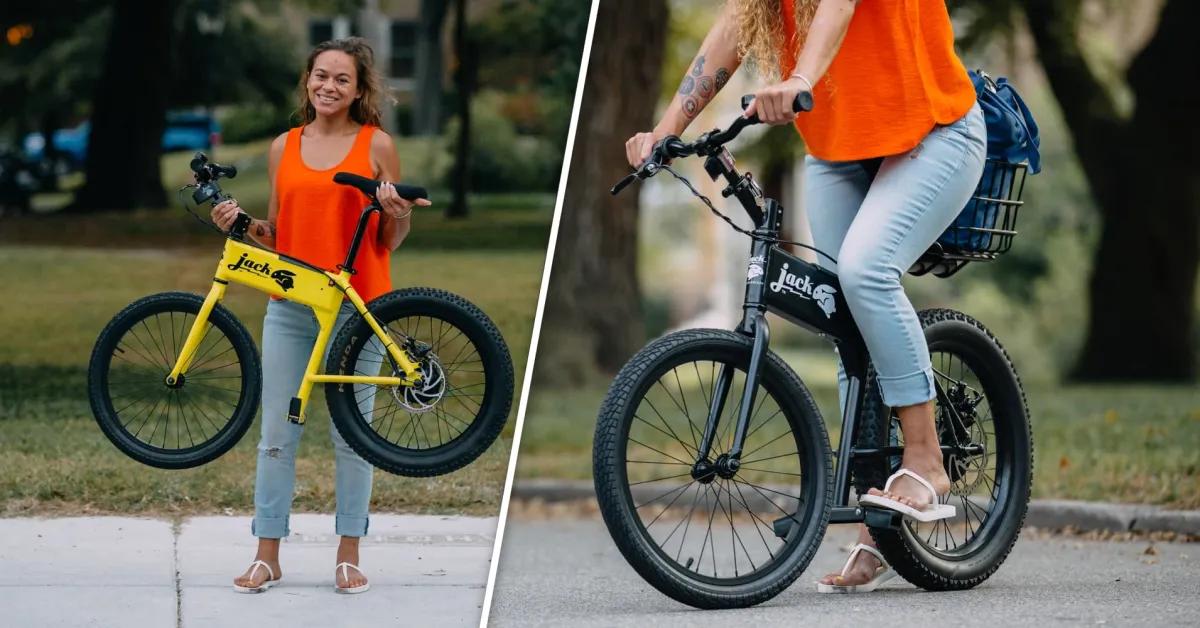 Its what drives you!

With a max speed of 20mph and weighing an ultralight 24 lbs, the JackRabbit micro ebike is small, but mighty. Like a chihuahua, but loveable.
Designed to be the most portable ebike in the world, the JackRabbit can fit anywhere from RVs, to camper vans, cars, boats, closets, apartments - even on a plane (we're FAA-compliant!).

We're also 100% electric powered, with no pedals, for all the times you want a sweat-free ride: going to work, the store or a nice seafood dinner.
Oh, and we ship the JackRabbit fully assembled. Just clip in the handlebars and start cruising!

The JackRabbit is unique in a number of ways, from its electric bike-shaped design to its stubby proportions and even its surprisingly lightweight build. Now on a second version and thus technically known as the JackRabbit 2.0, this bright and eye-catching little electric scooter surprised me with just how much fun (and how effective) it is to use.

A lot of people will look at the JackRabbit and assume it’s a weird electric bike. But the lack of pedals means it’s actually classified as a seated electric scooter. There are small foldout foot pegs instead of pedals, but everything else from the seat to the handlebars and even the bicycle wheels pretty much scream “e-bike.”

Regardless of how you classify it, what really matters is how well it works. And I’m here to tell you that you can’t judge this book by its cover. It may look odd, but it’s an eerily potent little urban commuter vehicle in its own right.

Take a gander at the brief video below to see me testing out the JackRabbit in its native environment. Then read on for my complete thoughts on this category-busting little urban runabout.

Subscribe to our newsletter to get latest news about our products, events and sales.